All three prospective issuances aim to refinance maturing debts. If the issuances are successful, Bloomberg notes that it would be the largest in eight months. “Such a big size of one-time issuance is indeed rare… It sends out an ice-breaking signal that policy makers want to shore up market confidence, and given the better quality of the developers, coupon rates will be low with the support from banks”, said Yang Hao, fixed income analyst at Nanjing Securities Co.

The planned issuances come on the back of news of loosening rules regarding local-currency issuances, leading to a relief rally across Chinese property developers’ bonds. Below is a list of price changes in some of the developers’ bonds. 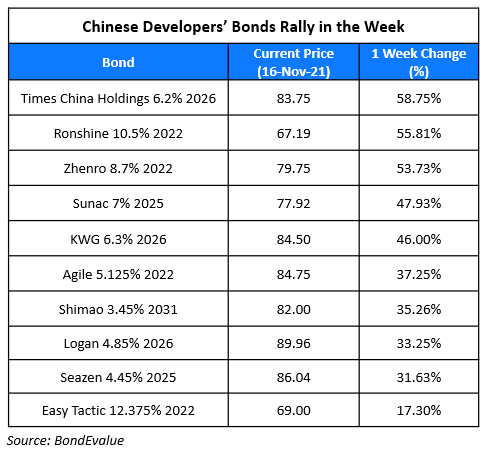